We've teamed up with Robert from Timberwise to answer the burning question; what is damp? Let's take a look at this somewhat misunderstood problem, discuss the different types of damp there are and what you can do to prevent it.

Did you know that there are several different types of damp? Lateral damp, condensation and even dampness coming through the floor are all common forms, but are often misdiagnosed as the most common form; Rising Damp. In this article, we’ll discuss the differences between them and the effects they can have on your property.

Many people are not aware that it has been a legal requirement to install a Damp Proof Course (DPC) since 1875. In the early years of construction, the science behind damp was not understood and an early misconception was that it was believed that rising damp actually rose through the bricks.

In fact, the damp actually came through the mortar bed and rose through capillary attraction via the holes in the mortar mix. The damp proof course usually installed consisted of slate, engineering bricks, & even bitumen mixed with mortar, but was ultimately ineffective.

Between the 1920s to approximately the 1970s, a bitumen felt was commonly used, but it was only from the 1970s onward that the current plastic damp proof course strip was introduced.

The Effect of Rising Damp

The most common effect of Rising Damp is damage to the internal plastering and decoration. The damage is also caused by the appearance of hygroscopic salts which naturally occur in water which come to the surface and crystallise as they attract moist air.

To combat this, a retrospective damp proof course needs to be installed. The internal plaster must also be removed and replaced with a salt retardant and render mix that doesn’t allow the salts to migrate through to the surface.

The Effect of Penetrating Damp

Lateral, or Penetrating, Damp is often due to a leaking rainwater gutter or high external ground levels that breach the damp proof course, allowing water to transfer through what is often damaged or ineffective mortar. This is made worse on a single skin wall as there is no cavity protection to stop the transference from the outside to the inside wall.

Another significant factor includes houses which have had cavity wall insulation. Quite often, the insulation is installed completely inappropriately and therefore can act as a wick. This means moisture is easily drawn up from the ground, allowing it to transfer through from the outside, in.

The Problems with Condensation

Internal damp, often mistaken for some form of rising damp, is usually in fact Condensation.

When a warm and moisture laden area meets a cold internal surface, it condenses at what is called a dew point. This creates a damp patch which in turn is often a breeding ground for black spot mould.

Condensation is generally a product of lifestyle choices, such as drying your washing inside, not using extractor fans and not covering cooking appliances when they are in use. The best remedy for this is to increase the natural airflow into the affected room.

Did you know? Keeping trickle vents open on your windows and drying your clothes in a ventilated room are just two ways to reduce the risk of condensation.

In some cases, you may need to consider installing additional ventilation; passive or mechanical ventilation can be used to ensure that any areas in question have an active and constant airflow. Basements/kitchens with no external airflow or ventilation an often suffer exactly the same issue.

Interesting fact: Just breathing at night can produce 2-3 litres of moisture into the air in your bedroom!

The most common areas to find such issues of condensation/black spot mould are external walls behind curtains or a large piece of furniture. This is because there’s no constant airflow between the wall and the furniture so in turn, this creates a stagnant moist air situation which leads to the formation of black spot mould.

Not only is black spot mould unsightly, there is also the potential for significant health issues, in particular for young and elderly people who may already suffer from a respiratory problem. The spores from the black spot mould can exacerbate their condition and be a potential health risk if not dealt with effectively.

Having a Damp Proof Course Installed

A damp proof course is usually installed at two bricks, or approximately 150 mm in height, above ground level, therefore, the early attempts of introducing slate or engineering bricks were completely ineffective. This allowed the damp to rise unimpeded to a height of over 1 metre, which naturally then caused problems to the internal finish.

Moreover, many of the early properties were of a single skin brick construction, more commonly known as a solid wall, without there being a cavity. This gave no protection or barrier against any form of damp transferring from the outside.

The Purpose of a Damp Proof Membrane

If the damp proof membrane in the slab has been punctured or is ineffective, this will allow damp to track through the slab and up into the internal wall. Often the plaster will act as a wick and draw the moisture up which in turn will lead to the same issues of hygroscopic salts appearing internally. This eventually leads to degradation of the internal wall plaster finish.

The only effective solution in such cases is to put a retrospective damp proof membrane on the top surface of the slab. This effectively seals it to stop any further moisture tracking through and at the same time, creates what is called a wall floor joint by inserting a cementitious fillet. This will then stop any moisture transference from the slab through to the internal wall.

Although issues regarding rising or lateral damp seem daunting, there are tried and tested remedies that would ensure that the problem is dealt with effectively; and hopefully no further issues occur!

Cavity wall insulation can cause difficult problems and very often it may be necessary to physically remove the cavity wall insulation to alleviate them. Doing this will allow the external and internal wall to be completely clear of one another and create a free-flowing air void between the two.

As well as this, there are external treatments that can be carried out to the external brick facade. These allow the wall to breathe and effectively allow the cavity wall insulation to dry out and stop any further penetration of moisture/water through the brickwork. Eventually, the cavity wall fill should dry and remain dry and do the job it was intended to.

Any form of rising or lateral damp is never going to cure itself and will always require some form of remedial attention. Any such works should be carried out by a trained professional and certainly a member of the PCA (Property Care Association). They should be able to demonstrate a track record of successful installations and also offer a meaningful guarantee with, if necessary, an insurance backed scheme.

So in summary, damp can come from many sources and can often be misdiagnosed. The great news is that a professional property preservation specialist such as Timberwise will be able to offer a long-term sustainable solution. 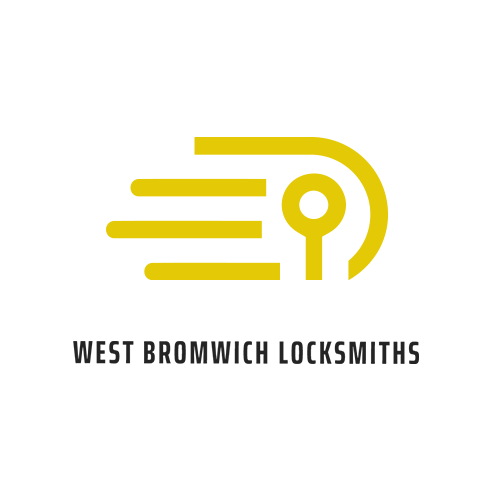